How to Avoid Being a Control Freak? Start Coaching. Steve Vamos was spot on when he recently advocated that as a manager you should aim for being a coach rather than a control freak.

Leaders are under great pressure to produce results at a faster pace, with greater innovation, fewer resources, and less certainty. Unfortunately, most leaders react to this by adopting a command-and-control style. The pressure takes them over. They don’t delegate enough, they overwork, and end up feeling overburdened.

Steve draws attention to a couple of important points.

1. The first is that what helped you get that leadership promotion isn’t necessarily what you need to be successful once you have it. This can be perplexing. I see leaders I coach initially caught out by the shift in requirements from being the great individual contributor to those of the leader. There’s a big shift in mindset needed, and leaders aren’t always well prepared for it.

2. The second thing is perhaps obvious given the conference he was speaking at. A controlling style is the opposite of what you need to increase creativity and innovation. To encourage new ideas, leaders need to be open. They need to have positive expectations about the contributions that their teams will make when given the opportunity.

Steve does suggest that we might not mind it if we have a heart surgeon who is a control-freak, a “control-oriented, mistake-averse know-it-all”.  As long as they are open to feedback and new techniques.

The problem is that a control freak is often not open to feedback.

There’s quite a bit of evidence to show that in the operating theatre (and in plane cockpits) having a control freak as the ‘guy-in-charge’ can have even more serious consequences. Because of the fear they create, team members are reluctant to point out errors or problems. Or if they do, they are not listened to. Control freak + large status/prestige differences + life-threatening circumstances isn’t a good recipe when something out of the ordinary happens!

Edgar Schein talks about these kinds of challenges in his lovely book Humble Inquiry: the Gentle Art of Asking Instead of Telling. I thoroughly recommend it if you feel that you may veer at times towards controlling, and would like instead to tend towards coaching more.

Teams disengage from a leader who is a control freak.

Rather than increase their performance, teamwork output falls and people become discouraged. Leaders’ efforts to produce more become counterproductive. Instead they produce less, and increase the risk of burn-out.

When you coach, you signal genuine caring and support. The more people believe that you care and support them, the more they will trust you. Through coaching, team members are able to provide their input and suggestions, and this helps them to feel valued and appreciated.

Only about one fifth of people feel that they get feedback from their boss that helps them to do better work. About the same feel they are managed in a way that motivates them to do outstanding work. So coaching has enormous potential to produce more great work.

Coaching, not controlling, is a compelling way for you to improve your team’s performance.

People will feel more engaged and energized. They’ll work harder, longer, and produce better work. What’s not to like? 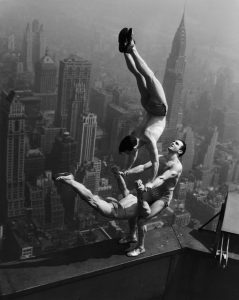 The key reasons that leaders give for not coaching more, is that they are:
1) captured by everyday pressures to produce results,
2) not confident in their coaching capability, and
3) unclear or unaware of the connection between coaching, team engagement and productivity.

Are any of these familiar to you? If you would like to know more about how to be a better coach, or to coach more than you do now, please get in touch.

On the flip-side, maybe you have to work closely with some-one who is a control freak? Give me a call for some tactics to avoid being controlled. I’d be glad to help out.